‘May there be peace’: WATCH Yuri Gagarin’s iconic speech on 1st anniversary of his space flight, now IN COLOR

On the 60th anniversary of Yuri Gagarin’s landmark trip around Earth, RT publishes unique footage of his speech from the first anniversary of this flight – renewed and colored using modern neural-network technologies.

“I am grateful to those who invested their hearts, souls, skills, and hard work to fulfill this great mission,” Gagarin said in a speech that was first broadcast by Soviet television back in 1962, exactly one year after he became the first human ever to fly in space.

The first Soviet cosmonaut expressed his admiration for the Soviet scientists and engineers who made his flight possible by calling them “miracle workers.” Yet, he was equally welcoming to other nations’ efforts in space exploration. He symbolically greeted a US astronaut, John Glenn, the first American to orbit Earth, and welcomed him to the international “family of cosmonauts.”

“We know that our family of cosmonauts will grow bigger and bigger by the year and we will have more and more members joining,” Gagarin said in a speech that was originally recorded on 35-milimeter black-and-white film.

The first man in space also used the occasion to send a powerful message of peace as he said that cooperation in space between the US and the USSR “would open the way to stopping the onerous and pointless arms race as well as to channeling the joint efforts of both superpowers towards new scientific breakthroughs in space exploration.”

One of my first posts on this blog was Is the West gearing up to invade Russia once again?, which looked at some historic parallels from the previous pre-invasion periods, and noticing some similarities. The article was written in June 2014, and the rhetoric question is still very much valid, even more so after the developments of these past 3 weeks.

The reports are worrying, with Ukrainian forces executing one provocation after. A few days ago a 5-year-old child was killed when Ukro-nazis dropped an explosive charge on a residential house from a drone.

And now With tensions rising in Donbass, Ukraine pulls out of Minsk peace talks: Kiev refuses to meet Russia & OSCE in Belarusian capital

Yesterday, Paul Robinson, a professor at the University of Ottawa, in his article Reports of Russian troops ‘massing’ near Ukraine miss the mark: Russia-Ukraine war is possible, but only if Ukraine strikes first echoed the conclusions in Rostislav Ischenoko’s article “On the edge: Who will blink first?”, which I am translating in full below.

The situation in the long-suffering Ukraine (without any irony to the country and its people) is developing in such a way that it can be stated that the parties interested in the, possibly armed, conflict have completed the pre-war preparatory measures, at least in the diplomatic sphere. After that, either someone has to give in, or the next step forward means war.

At the same time, Russia cannot have a “large—scale” war with Ukraine – they are in different weight categories. Ukraine is not even able to conquer Donbass. Kiev’s participation in a direct military clash with Moscow, even as part of a group of states, will mean for Ukraine an almost instantaneous destruction as a political entity.

At the same time, Ukraine acts only as a provocateur of the first strike. Its task is to somehow signify to the world community Russia’s participation in the military conflict.

Next, the United States intends to unleash a European war, with the participation of at least a few Eastern European countries, members of NATO and the EU. This will allow them to put pressure on their Western European allies, who do not want a conflict with Russia, demanding that they decide: if they are with Moscow or with NATO.

END_OF_DOCUMENT_TOKEN_TO_BE_REPLACED

Just in on RT! 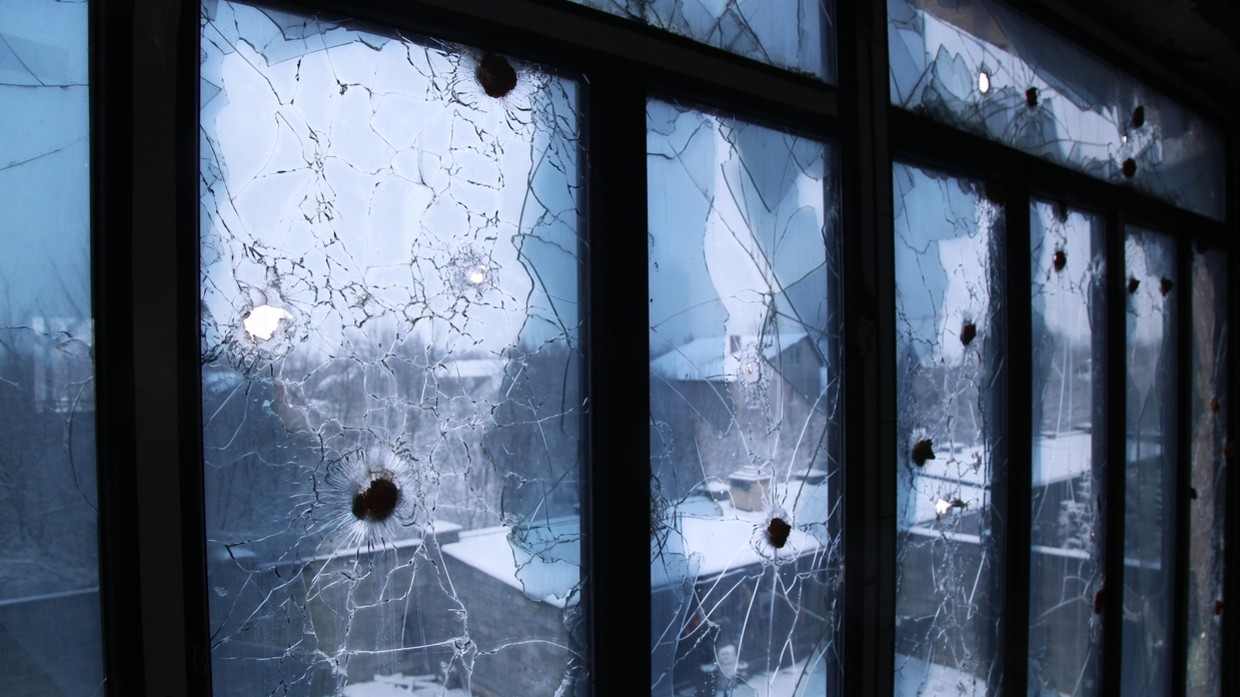 A window broken by a recent shelling is pictured in the village of Vesyoloye (Vesele) in the Donetsk Region, self-proclaimed Donetsk People’s Republic, Eastern Ukraine. © Sputnik

Moscow has warned that fighting is escalating in eastern Ukraine, insisting that the region must avoid a full-scale conflict, as Kiev asks NATO to step up its local combat readiness and says the US would come to its aid in a war.

Speaking to journalists on Friday, Kremlin spokesman Dmitry Peskov said that a series of military clashes in the Donbass region was a cause for concern. “Unfortunately for us,” he said, “the reality on the line of contact is quite frightening, and not just one, but many, provocations by the Ukrainian Armed Forces are taking place.”

Moscow warns of ‘measures’ against any Western troop deployment in Ukraine, as Kiev cites guarantees of US support in a conflict 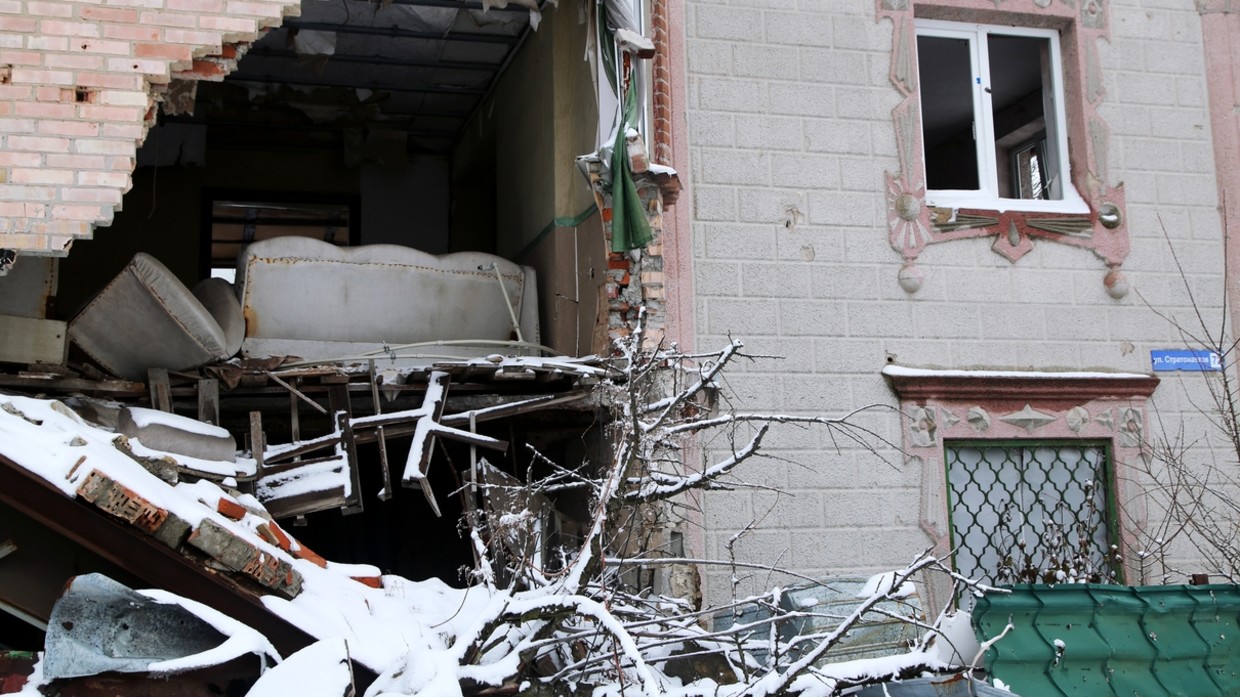 A house on Stratonautov Street in the village of Veseloye, Donetsk region, which was damaged during the fighting in the DPR. © RIA

Russia has warned that it would regard any deployment of Western troops in Ukraine as a serious provocation, after Kiev asked NATO to step up its local combat readiness and claimed the US would come to its aid in any future war.

On Friday, the Ukrainian Defense Ministry issued a statement saying that it had received guarantees of American support after a telephone call with Washington’s top military official, Pentagon chief Lloyd Austen. “The US Secretary of Defense stressed that in the event of an escalation of Russian aggression, the United States will not leave Ukraine alone,” the Ministry said.

Asked about the prospects of a standoff in the region, Peskov warned that this could begin a potentially dangerous chain of events. The Kremlin official said that “undoubtedly, such a developing scenario would lead to a further increase in tensions near Russia’s borders. Of course, this will require additional measures from the Russian side to ensure its security.”

I’s been a while since I looked in the direction of Ukraine on these pages, and, more specifically, at the civil war that Ukraine wages on its citizens for 7 years, calling the whole population of the eastern republics for terrorists, including children, and treating with constant artillery shelling, terror bombings, denial of basic human rights, etc. This conflict was largely frozen with only occasional escalations and “only” a few civilians killed by the Ukrainian shells each day (the current death toll is close to 12000 people among the civilian population of Donbass). All this to a complete silence from the “humane, democratic, freedom-loving” media in the West.

The situation is about to change. Kiev is amassing troops on the borders with both Donbass and Crimea (not reported in the West), and Russia responds in kind, increasing its military capacity there (trumped about in the Western press). Russia has asked Germany and France (and, indirectly, the US) to curb their Ukrainian puppets, but the pleas have fallen deaf ears. The final warning was the summit between Putin, Merkel and Macron.

I am translating below an analytical article, highlighting the results (or lack thereof) from that summit. The article is written by Rostislav Ischenko on Cont platform: Мир без Украины

The World without Ukraine

Video conference in the format of Putin / Merkel / Macron took place anyway, and this is good news. Nothing else can be called as “good” about this.