This year marks the 75th Anniversary of victory over the Western-neutered Nazism in Germany. But more than that, it marks the full reawakening of Russia when it finally says, enough of the history rewriting, enough of painting white as black, enough of selective amnesia in the West, enough of trying to spare the feeling of the Eastern-European “brothers” when uncomfortable for them truths were swept under the rug.

The suspiciously-timely COVID-19 pandemic was seemingly going to falter this reassertion and stop the Parade. But the events unfurled in an unfathomable way and allowed to push the day of the Parade further in time, to the 24th of June, the day, when the very first Victory Parade was held on the Red Square. The dark forces tried to demolish memory by demolishing the memorial, like it was done in Prague in May, but all they did was to awaken the sacred wrath.

And so it commenced…

This is a parade, where memories and history are reaffirmed with a detachment of the legendary T-34 tanks and soldiers in WWII uniforms 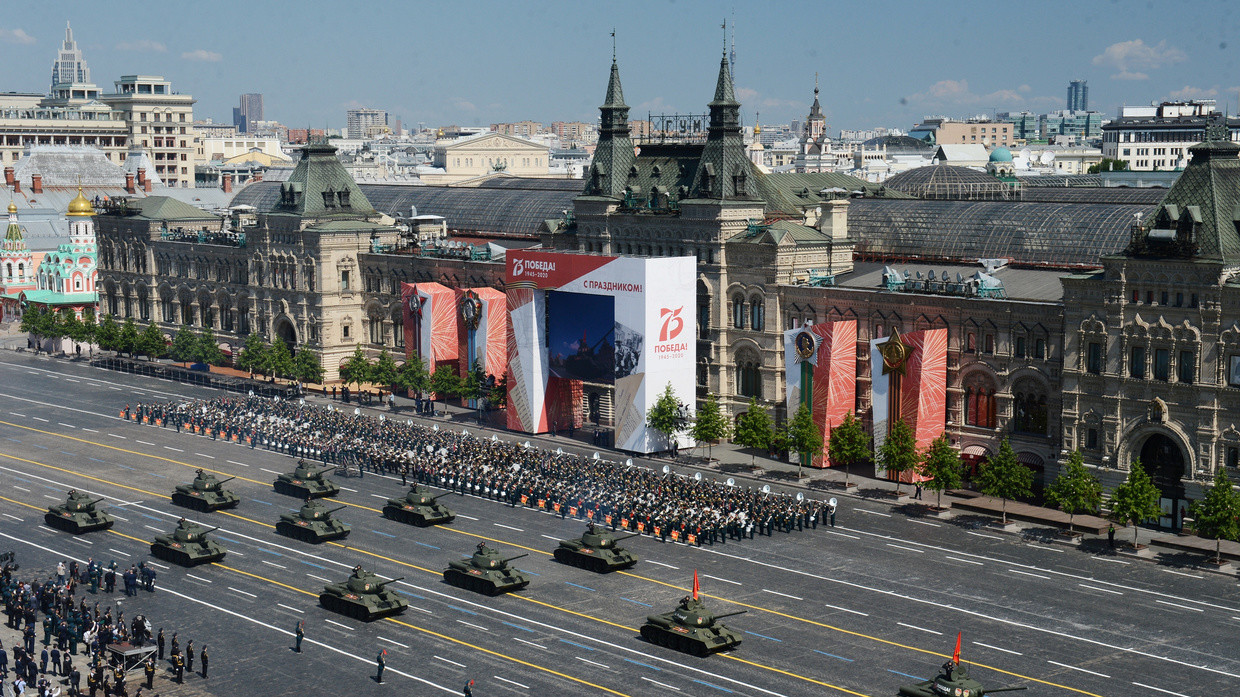 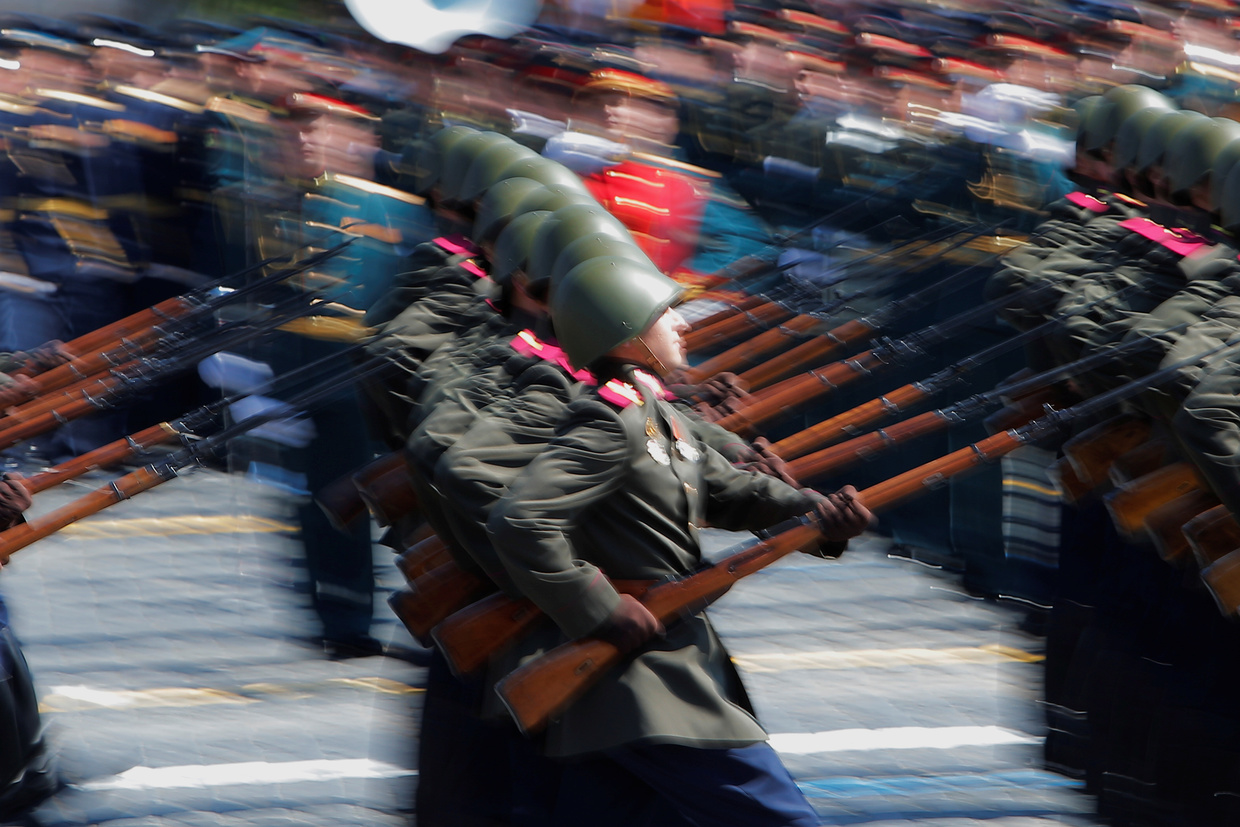 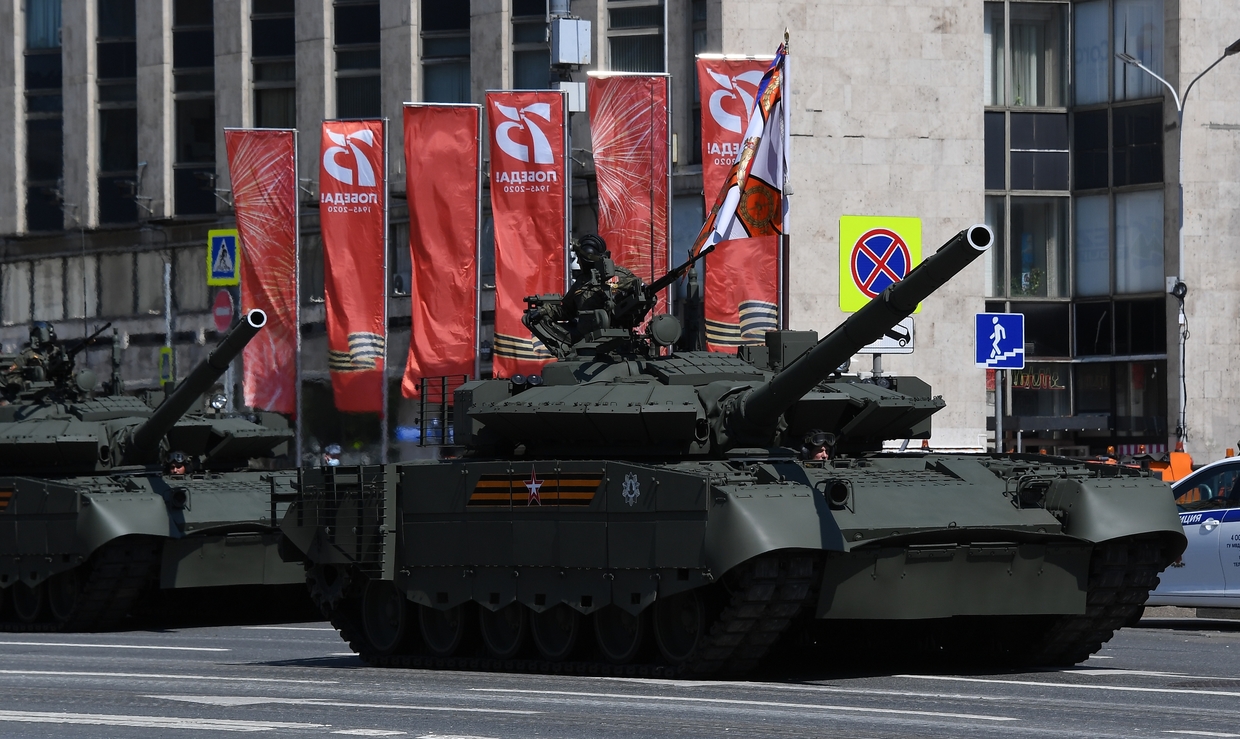 These images are from the following two RT reportages:

On the 22nd of June,
at 4am sharp,
Kiev was bombed and we were informed,
That the War had begun.

The War started at dawn
so that more people were killed.
Parents slept, their children were sleeping
when on Kiev bombs fell.

At this hour of remembrance, please read:

Vladimir Putin Shocks the West! The Munich Betrayal and The Real Lessons of the 75th Anniversary of World War II (Putin’s Article in The National Interest Magazine, USA)

with a direct link to President Putin’s article

Vladimir Putin: The Real Lessons of the 75th Anniversary of World War II

The Great Unknown War. A must-see documentary about the WWII prelude. By Andrei Medvedev

UPDATE: Please read the very relevant to this documentary, poignant, and important insights in President Vladimir Putin’s article The Real Lessons of the 75th Anniversary of World War II, published in The National Interest on the 18th of June 2020.

UPDATE 16.03.2022: After YouTube censored the Russian-language channel Rossia24, where the official untranslated video of the documentary was hosted, I am uploading the film with embedded subtitles to Odysee platform. The YT-related portion of the text is moved to the bottom of this article for historic reference.

These days mark 71 year since the start of the Great Patriotic war of the USSR against the invading Nazi horde, and 75 years since this horde was defeated. And it is of utmost importance to understand how this horde came to be, who nurtured it. Andrei Medvedev’s documentary “The Great Unknown War” does just that.

It is assumed in our historiography that the USSR and its allies – the United States, Britain and France – fought with Nazi Germany, which was supported by its allies – Hungary, Romania, Italy, and Japan. And the Soviet Union won this unbearably difficult war.

But it is very important to understand whether our allies were really sincere, on whose side were the so-called neutral countries, and why the war on the Eastern front was so violent with mass destruction of the population.

Without understanding who brought Hitler to power, who financed him, who earned money from the war, we will never realize the greatness of the feat of the Soviet people.

Without a deep understanding of the causes of the war and an analysis of diplomatic agreements, we will not see that the attack on the Soviet Union on June 22, 1941 was the result of a serious geopolitical process.

An important question is: who was behind Hitler, who in Europe needed such a Germany and why? Aggressive, militarized, anti-Bolshevik and anti-Russian.

What would Germany be without American loans? Without investment from American companies? Germany could not have fought in the East without receiving for free the top-notch factories of Czechoslovakia, which it gained by the Munich Conspiracy of 1938, when England and France gave up the whole country to Hitler. What for? What were the Western politicians planning?

Why did the allies take so long to open a Second front and what is the Bank for International Settlements? Why did its participants meet every month throughout the Second World War?

How many foreigners fought in the SS, and who defended the Reich Chancellery in May 1945? For whom in Europe were Hitler’s ideas so dear: nationalism, anti-Semitism and living space in the East.

The film “The Great Unknown War” is a story about what the Soviet Union actually faced. And the terrible cost at which we won a war that we were not supposed to win.

As promised a month ago, I have now translated the entire documentary to English. White writing this translation, a lot of background checks were done, and every date and name were verified. Most quotes of the Western politicians are re-translations from Russian, except for a few, where open original sources were available. The links to the sources are added both to the transcript further down the page and the downloadable subtitles (as comments).

While watching the documentary, I could not shake off the feeling of the stark parallel of how the Nazi Germany was propped up, and how, in much the same way, the Nazi Ukraine is being propped up now. One example: just replace the name of Henri Deterding of the British-Dutch “Shell” with that of Biden Jr. to see the present-day play of interests. Or replace “Bank for International Settlements” (BIS) with the International Monetary Fund. But there are big differences, too. While Germany was heavily invested into, to make it into a battering ram against Russia, Ukraine is being turned into an ideological battering ram, while at the same time being plundered of its last Soviet industrial legacy.

However, the target was always Russia, and WWII was just a fifth act in a war that lasted for several hundred years, dotted by a few armistices. Here is a list of those wars (with some documentaries in Russian):

It is all intertwined. But now, let as zoom in on the developments between WWI and WWII.

One other parallel that sprung to mind is how the German Weimar Republic and its achievements were appropriated and privatised by the Anglo-Saxon (or, rather, “Naglo-Saxon” West), while the Republic itself became demonised once West-sponsored Hitler took power. The same happened to the great legacy of the Soviet Union now, after the West-sponsored Yeltsin took power in Russia. For example, IG Farben Industries, which gave to humanity fertilisers, magnetic tape and magnetophones and many other things during the Weimar Republic, but once it got taken over by the Nazi state and developed the murderous gas “Zyklon B”, that’s all that remained, while origins of the prior works were earased and ascribed to the “victors” after WWII. More about it in the article “IG Farben – the main weapon of the XX-th century“.

END_OF_DOCUMENT_TOKEN_TO_BE_REPLACED

And so it is official!

The Victory Day parade in Moscow, commemorating the 75th anniversary of the Victory over Nazism will be held on the 24th of June. Exactly 75 years after the first such parade, when the defeated Nazi banners were thrown at the foot of the Lenin Mausoleum.

Lada Ray has written an extended free article covering this announcement, and more: Turning Lemons Into Lemonade! Putin Announces New Victory Parade Dates… And So Much More! (and at Patreon)

Here are videos from that parade, reposted from my earlier translation article Victory Parade in Moscow on June 24, 1945. With English subtitles and in colour: