The latest developments remind of the early history of the USA and the first recorded use of the bioweapons to genocide the native population of the America – when the Anglo-Saxon invaders distributed blankets infected with smallpox among the locals. Below is the translation from the summary of the Russian MoD briefing of the 11th of May 2022, republished on Cont:

Briefing of the Ministry of Defence of the Russian Federation on specific experiments of the Pentagon with biological weapons in Ukraine.
In particular:

1. Counterfeit money spread in the LPR were infected with drug-resistant tuberculosis
Banknotes were distributed among minors in the village of Stepovoye. The organizers of this crime took into account the peculiarities of the behaviour of children who have a habit of “pulling everything into their mouths” and taking food with unwashed hands. According to the conclusion of the Lugansk Republican Sanitary and Epidemiological Station, the bills were infected, most likely, artificially.

2. Details of the Pentagon’s experiments in a mental hospital in the Kharkiv region
The main category of experimental subjects was a group of male patients aged 40-60 years with a high stage of physical exhaustion. In order to conceal their affiliation with the United States, experts conducting biological research arrived through the territories of third countries. Here is a photo of a native of Florida, Linda Oporto, who directly participated in these works. 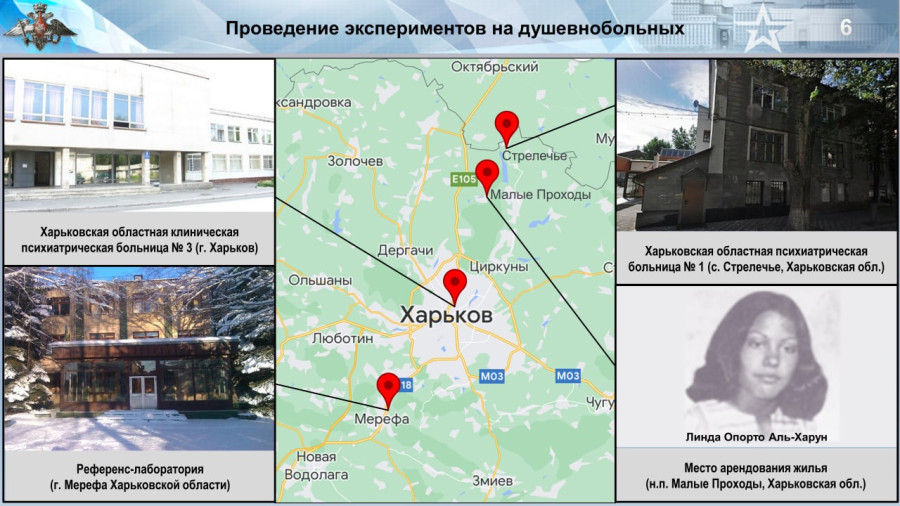 3. Mariupol under Ukrainian control was used as a regional centre for the collection and certification of the causative agent of cholera
The selected strains were sent to the Public Health Center in Kiev, which is responsible for the further shipment of the biomaterials to the United States. This activity has been carried out since 2014, which is confirmed by the acts of transmission of strains.