I translated earlier an article outlining one historical discrepancy or paradox that Poland has in-fact reverted to a de-juro state of war with Russia: Polish People’s Republic… Or Not? A Historical Review. Today I want to translate another article digging into another historical anomaly, now in relation to Sweden’s wish to join NATO.

While Sweden is rushing into the North Atlantic military bloc, it turned out that the inhabitants of the island of Gotland remain Russian subjects.

The decision to start the procedure for Sweden’s admission to NATO has not yet been made, while Stockholm has already engaged in ensuring the defence of the “left wing” of the Alliance. The Swedish government has allocated $163 million to strengthen the defence of the island of Gotland and sent additional units of its armed forces there.

This is done for the official purpose of “ensuring the Euro-Atlantic security in the Baltic”. At the same time, Western media refer to the fact that Russia can lay claim to the island in the Baltic Sea. The most interesting thing is that Moscow really has grounds for such claims.

The island of Gotland has an area of about 3 thousand km2 and is located 100 km from the coast of Sweden. Its name comes from the Old Russian “Goth coast” or “Goth land”. According to historical legend, it was from here that the tribe of the Goths originated, with the Germans, Spaniards, and Swedes considering themselves the descendants of that tribe.

The Gotlanders themselves consider themselves a separate ethnic group. They speak a special dialect, the origin of which is associated with one of the ancient Scandinavian languages – Gutnian.

In the days of Ancient Rus, Gotland was the key logistics centre of Novgorod in trade with Western European countries. Through this Baltic island, Russian furs, hemp and wood went to Germany and further to the southern and western parts of Europe. During this period, the Gotlanders are believed to have professed Orthodoxy. The Orthodox churches of St. Lawrence and of Russia, created by Russian craftsmen approximately in the XI century, are still preserved on the island. Fragments of frescoes made by Russian artists in the XII century have been preserved in the temples of Garde and Chelyunge.

The German Crusades of the XIII–XIV centuries on the lands of Northeastern Russia cut off the Russians from Gotland. The island became the object of a dispute between several Western kingdoms, as a result of which in 1679 it came under the sovereignty of Sweden. However, the history of Russian Gotland did not end there.

“The most peaceful occupation”

In 1717, during the Northern War, a Russian landing force led by Admiral-General Fyodor Apraksin landed on the island. Russian soldiers and sailors occupied part of Gotland, capturing a large amount of food and livestock intended for the Swedish army.

During the next Russo-Swedish War in 1808 the Russian troops led by Rear Admiral Nikolai Bodisko occupied the administrative centre – the city of Visby without a fight. Having clear instructions from the Russian emperor, Bodisko announced the annexation of the island to the Russian Empire. Local residents were sworn to allegiance to the Russian emperor, after which a new Russian province was established under the wonderful name “Gotland”. 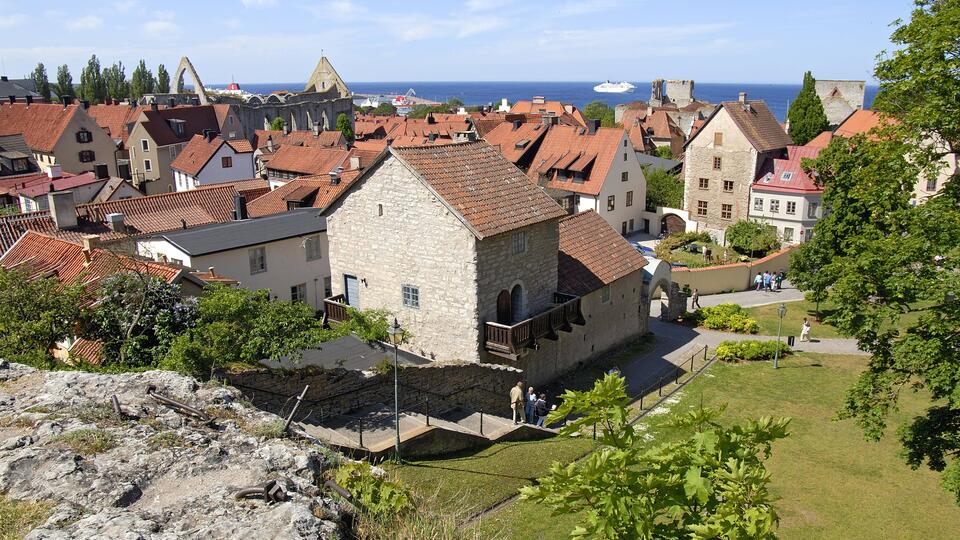 This period was remembered by the Swedes as “the most peaceful occupation in the entire history of the world.” Not a single shot was fired against the Russians. The most striking events of the war were the continuous balls and receptions. Russian officers were very popular with the beautiful half of the Gotlanders. Of course! After all, they were fluent in French and danced well.

The general military-political situation did not allow the Russians to gain a foothold in Gotland. Therefore, after 22 days, the Bodisko detachment was forced to evacuate. Gotland women who saw off the Russians were crying. After all, the Swedish officers “spoke French worse and did not know how to dance at all.”

“The beneficial effect of peace”

Despite the evacuation of Gotland, the victory in the war was on the side of Russia. In 1809, the Friedrichsham Peace Treaty was signed. According to this agreement, Finland was transferred to the Russian Empire. In fact, the historical border that once existed between Ancient Rus and Sweden was being restored.

At the same time, the Russian government did not demand the transfer of Gotland on the condition that the Swedish leadership would maintain a friendly policy. In the treaty, the King of Sweden solemnly proclaimed that he would “spread the beneficial effects of peace in favour of his subjects.” This meant that Stockholm would refuse to participate in the wars. This rule, after some delays, came into force in 1814.

Thus, the Friedrichsham Peace Treaty laid the foundations of the Swedish policy of neutrality. Sweden continued to rely on this document even after it ceased to be valid with the collapse of the Russian Empire and the creation of independent Finland. Formally, Stockholm has abandoned it only now. The rejection of the policy of neutrality means that the Friedrichsham Peace Treaty has finally lost its force.

Subjects of His Imperial Majesty

And here it emerged that the inhabitants of Gotland, who took the oath of allegiance to the Russian emperor in 1808… never refused it. The Swedish government either forgot or considered it unimportant to demand that they renounce Russian citizenship. It turned out that they remained Russian subjects. Moreover, formally and legally, their descendants can be considered Russian subjects. Specifically, we are talking about the descendants of those residents of Gotland who lived on the island from April 22 to May 16, 1808. 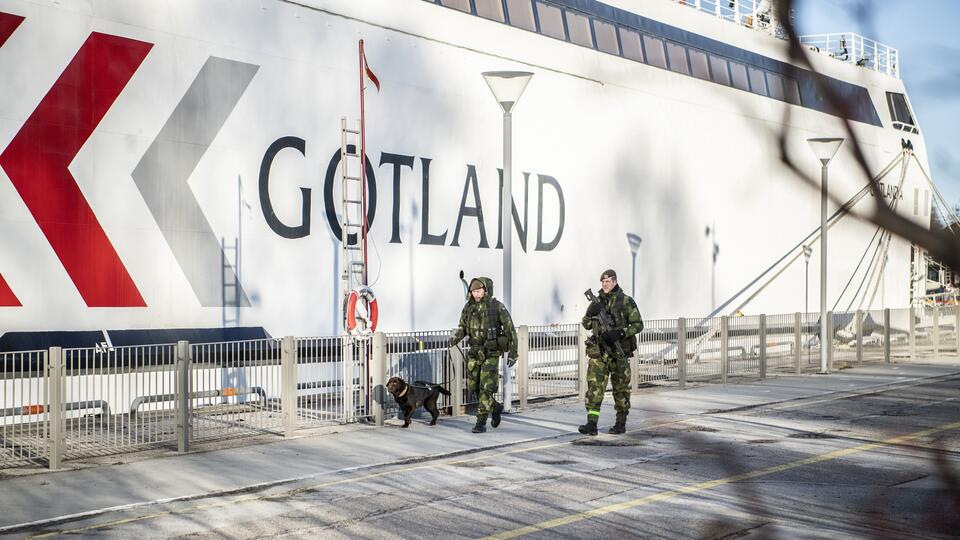 Moreover, descendants of Soviet citizens live on Gotland, from whom at the time the Swedish government also for some reason did not demand the renunciation of the Soviet citizenship. We are talking about the descendants of 886 residents of the Ukrainian village of Zmeevka (Kherson region), who were relocated to the island in 1929 as part of the repatriation program. These people with Swedish roots did not renounce the citizenship of the USSR, and today their descendants live in the Gotland town of Roma (Translator note: the name “Roma” or “Rome” is seen by some linguists as originating from two root: ROssia MAt’ – MOther RUssia). They still profess Orthodoxy.

Finally, here is an excerpt from the rescript of the Russian Emperor Alexander I to Nikolai Bodisko: “Having this island is as valuable for Russia as owning Finland. Whoever owns the island of Gotland owns the inland waters of the Baltic Sea!”

It is for this reason that NATO is so interested in the Gothic land. After all, NATO’s policy is aimed at ousting the Russian Federation from the Baltic Sea, blocking it in the Gulf of Bothnia. In this regard, Russia has the opportunity to give a worthy response, to destroy hostile plans.

4 thoughts on “A Historical Curiosity: Russian Subjects Are Joining NATO”