What scares me is how the history is being rewritten right in front of our very eyes, while a few of the contemporaries of WWII are still alive, and while their ancestors still remember their stories, like I remember the story of my grand-uncle. The most scary part is the passive acceptance of the twisted half-truths and lies, peddled by the media, by the general populace. What can we say about the events of 1812 and before (like when the Dutch have forgotten the Russian help in restoration of their state), what can we say about the changes done to our history, when the history is being so thoroughly rewritten right now?!

Lesson to learn from GoT: Stories are powerful, be careful which ones you believe

There is one very poignant part in this article:

Orwell’s dystopia takes to its logical extreme the old adage that “history is written by the victors,” but it’s not too far off. Much of Western history about WWII, for example, came from the pen of Winston Churchill, who naturally made sure he was the hero by scrubbing out inconvenient facts like the 1943 Bengal famine or the betrayal of Yugoslavia, for instance.

These narratives were then taken up and amplified by Hollywood, which has from its very beginning manufactured institutional memory for most Americans. As a result of blockbusters like ‘Saving Private Ryan,’ and ‘Band of Brothers’ (another HBO show), the US contribution to defeating Hitler has become grossly inflated in the public mind, not just at home, but abroad as well. Meanwhile, the massive Soviet role in the war has been minimized or erased entirely.

This narrative violation of history made it possible for US President Donald Trump to argue that America single-handedly defeated Nazism and Communism, without a peep from his critics and legions of fact-checkers normally eager to seize every opportunity.

To paraphrase Varys, power is all about perception management.

And right on cue, case in point:

After fierce resistance and four years of bloody battles, the Red Army repelled the invasion and liberated Eastern Europe from the Nazi occupation.

In 1945, Soviet soldiers captured Berlin. After the warfare in Europe was over, Moscow agreed to US requests to enter the war against Japan, defeating its forces in Manchuria.

More than 26.6 million Soviet citizens died in the war, with 8.7 million killed in combat.

A US-made collectable coin lists Britain and France among the honored US allies in WWII, but, strangely, the Soviet Union, whose Red Army delivered a crushing blow to the Nazis in Europe and fought Japan, is omitted. 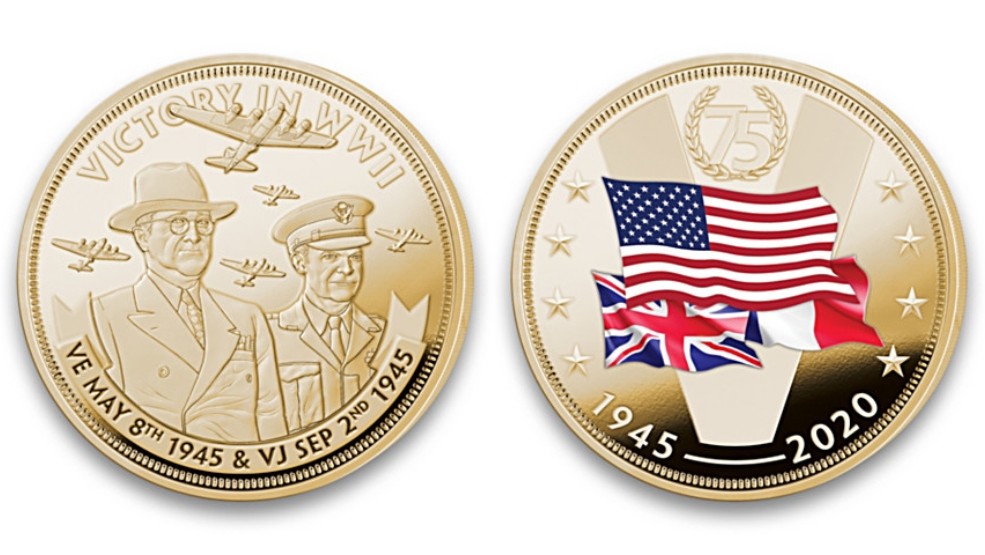 I want to round these musings with a news from Sweden, where they are mulling to forbid… Nordic runes:

First the Rus runes were pushed into oblivion, and now it’s the turn of the Norse runes, and with them even more of our history will be forgotten. Nazis seem to be an awfully convenient excuse to achieve such goals of first maligning and then outright banning the old and venerated symbols, as it’s already been done with the symbol of the “wheel of time” – “kolovrat”.

For quite a long time I was noticing uncanny similarities between English, Norwegian, German, Spanish and core Russian words. By core words, I mean those that were not recent loan words. (Though even among those there exist examples of the words that were re-introduced into Russian with a different meaning).

A few years ago I started noting down and collecting such words, but it was not until Lada Ray’s forbidden history & forgotten origins webinar that I found the incentive to publish this list. Lada covers many key words that are rooted in Russian. In her latest article, Forbidden History & Linguistics: OLD LADA, The Forgotten First Capital Of Ancient Rus! and Forbidden History & Vedic Truth: Why Greece Is Really Called ELLADA? she adds more important hidden-in-plain-sight connections to the old Russian history.

This article is also a logical continuation of the series of 7 publications which I translated in 2016: Uncovering Slavic/Russian language traces in the European History, and which I invite my visitors to [re]read.

The Scaligerian history, which our present-day world is built upon, is a pretty disjointed affair, with many fragments that do not add up (and not just in history, but also in Astronomy and in Linguistics), yet the court historians are hanging on to the scaligerian chronology with a religious zeal, ostracising any historian daring to question it, and shuffling any finds that contradict it into obscurity. History is thus now the only science that lives by the postulates from several hundreds years ago. It’s the same as if Chemistry today held onto the truths of Alchemy or if Physics still postulated that Earth is the centre of the Universe!

The best correct chronology has been built in the works of two Russian mathematicians A.T.Fomenko, G.V.Nosovsky – it is New Chronology. It accounts for and explains all of the discrepancies that the Scaligerian “official” chronology closes its eyes upon. Please read their short introduction to the History of the New Chronology. Linguistics is a vital part, and the scientists also address it in their book RUSSIAN ROOTS OF THE “ANCIENT” LATIN. The book has “A short dictionary of parallelisms” as one of its chapters. I have not yet had the pleasure to read this book, holding off until I was more or less finished with the collection below, wanting to keep my finding free of influence of other authors. Now that this part of my compilation is done, I will be familiarising myself with their book on this topic.

This is not the first time these parallels were noticed and attempted systematised. When Linguistics was still a young science, the following book was published in Russia in 1842: “The Root-worder of the Russian language, compared to the all main Slav dialects and to twenty-four foreign languages”. (The site of “V Ladu s Mudrost’ju” (“in accord with wisdom”) holds a lot of download links to the old printed Russian books, and those from 1700s onwards are pretty easy to read for a modern Russian.) The “Root-Worder” is built as a dictionary with very thorough research and referencing for every word.

END_OF_DOCUMENT_TOKEN_TO_BE_REPLACED

In 2015 I translated Georgij Zotov’s article Repentance of Berlin. After 70 years, the Germans have an unambiguous attitude towards the Soviet victory.

To which I replied:

Stanislav on March 12, 2019 at 20:02 said:
This comment should be addressed to the USA, who are still occupying and punishing Germany. If you read the article, you’d see that it’s about remembrance and reconciliation.

However, a better reply would have been a translation of an even earlier article by Zotov, one from 2013. I am translating it below, followed by a translation of two reader comments from AiF and my thoughts on them and what Zotov wrote in one particular paragraph.

Today, with racism and calls to war and genocide being the norm on the pages of the Western MSM (“racism” is a common-root synonym of “russophobia”) and the number of the Western troops and war hardware right on the Russian border being the highest since the June of 1941, it is time to remember. For while the West is collectively shrugging off 1941-1945 as “just another invasion of Russia” and preparing for a new one, Russia remembers, watches closely and prepares to defend its land once more.

In this today’s context remembrance is the key to preventing another invasion of Russia by the West, and prevent this time hundreds of millions people being killed – both defenders, attackers and bystanders…