The provocation that many have been anticipating after the EU’s Mogerini earlier basically hinted to Proshenko that he should stage something in the Sea of Azov (the inner Russian/Ukrainian sea), has now taken place.

The Ukrainian vessels breached the accord of 2003 and failing to notify the Russian sear traffic controllers in the city of Kerch plunged on through the strait, thus violating the Russian territorial waters.

They ignored the demands to stop and started dangerous manoeuvres at which point the Russian Coast Guard had to intervene and stop the Ukrainian rouge vessels. Among other things, a terrorist attack on the bridge was feared – the Ukrainian politicians have many times aired the idea of performing a terrorist act on the Kerch bridge.

FSB now published the documents, seized on the Ukrainian vessels, where the captain was ordered to enter the Sea of Azov covertly, taking off all their Ukrainian markers and identifications (in Ukrainian): 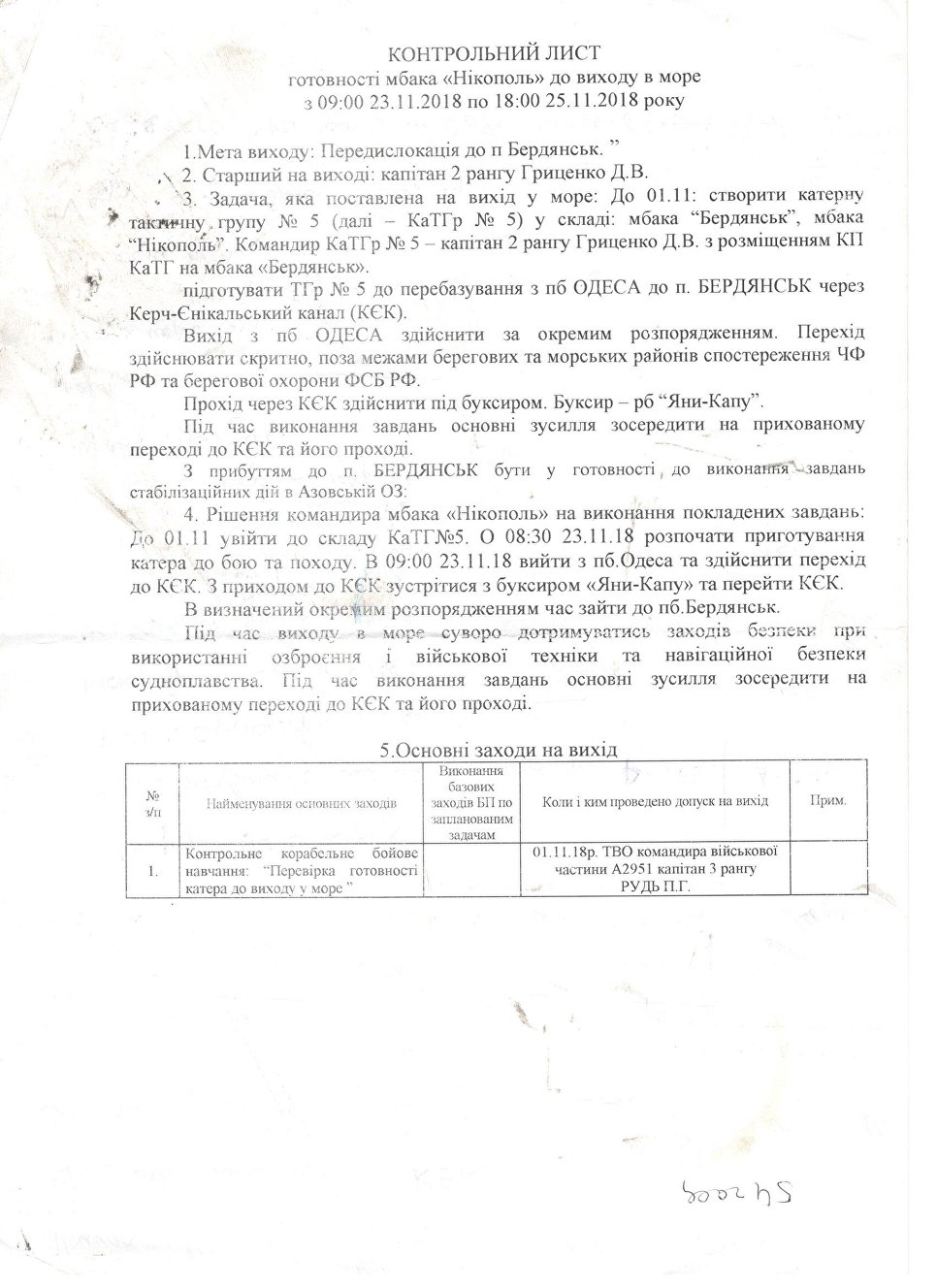 On previous occasions, Ukraine navy boats requested permission and were allowed to cross into Azov without problems.

There was also a hand-written document (memo), which detailed the legal procedure for the safe passage through the strait, so the Ukarinains were fully aware of the procedure, but deliberately ignored it.

The hand-written note (in Russian): 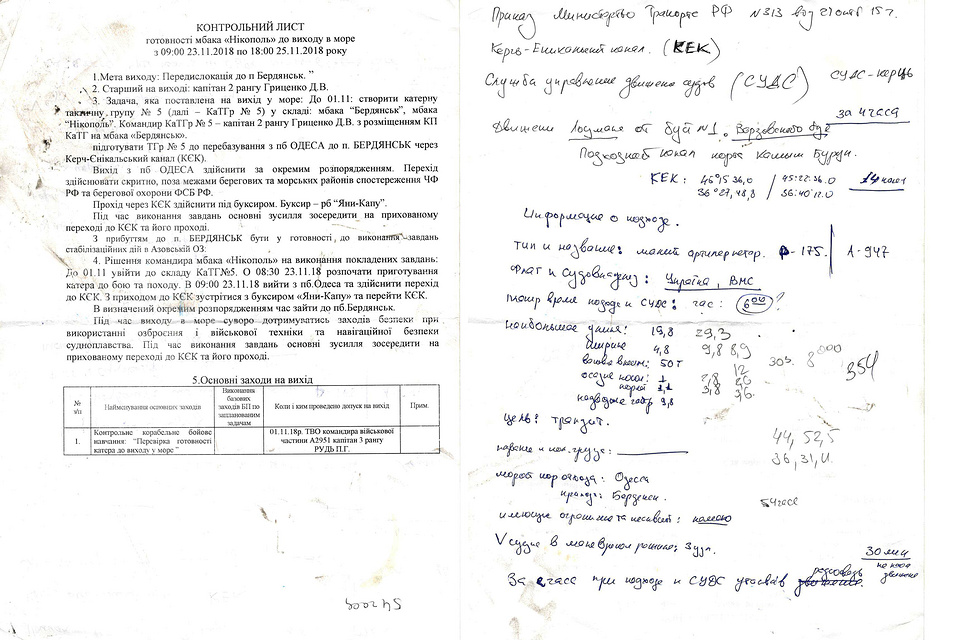 24 of the Ukrainian military personnel, including two officers of the Ukrainian secret service SBU, who were overseeing the provocation, were arrested. By the decision of the Simpheropol court, 12 of the seamen were placed under arrest and criminal cases for border violations were opened against them.

Meanwhile, the UN blocked Russian motion to call for a UN Security Council meeting regarding the events in Kerch Strait. This UN action will further embolden the Ukrainian regime in Kiev to conduct more provocations without fearing any consequences.

Lada Ray has written an excellent analysis of the situation in her free Patreon article QUI BONO? Why Ukraine & US Desperately Need the Black Sea/Azov Provocation!

Do read it to get the in-depth understanding of what is at stake and who benefits.