It’s bee a while since my last post, but this one is too good to pass. The Belorussian Ministry of Foreign Affairs posted an official humorous response to a meddling “congratulation” from the US State Department.

While the English version is here: Comment by the Press Service of the Ministry of Foreign Affairs of Belarus in connection with the statement of the US Embassy on March 25, 2021

RT wrote a piece about this response, titled:

And this is indeed a level 100 trolling on the Belorussian part. I take my proverbial hat off! Below is the complete official text of the response, followed by my re-translation of the American “congratulation”, which triggered it:

Comment by the Press Service of the Ministry of Foreign Affairs of Belarus in connection with the statement of the US Embassy on March 25, 2021

In connection with the statement of the US Embassy on March 25, 2021, we express our sincere gratitude to the American side for finally showing their willingness to transfer bilateral rhetoric into a constructive channel and for congratulations on a significant date in the history of our country. We will only welcome the spread of this practice on public holidays as well.

We acknowledge our mistake and avail ourselves of this opportunity to apologize for the lack of congratulations on the recent 160th anniversary of the adoption of the Constitution of the Confederate States of America, whose flag is still dear to many Americans. At the same time, the BLM movement throughout the country has tens of millions of members.

Unfortunately, today the American society is deeply divided, as J. Biden states: “My whole soul is in this. Bringing America together, uniting our people, uniting our nation … I know the forces that divide us are deep and they are real … let’s start afresh, all of us. Let’s begin to listen to one another again, hear one another, see one another… “

We also support the aspirations of the American people for a better future – on this day and every day! Therefore, we believe that only genuine inclusive dialogue will help the American nation to unite at this difficult moment in history. As a disinterested gesture of goodwill, Belarus, having experience as a platform for negotiations within the TCG, is ready to offer its services in organizing such a process. We will provide any assistance we can, including with the engagement of our partners from integration structures.

Although more than two centuries have passed since independence, recent events in the United States show that the Americans’ struggle for freedom persists. Currently, hundreds of thousands of Americans of all ages are standing up for the right to determine the destiny of their country. In attempting to have their voices heard, many pay a heavy price as the administration resorts to lethal force to shoot several people to maintain its grip on power and to fix the election results.

We admire the courage and determination of American heroes, including J.Assange, E.Snowden and Ch.Manning, who sacrificed almost everything for the sake of true freedom and harmony in American society.

Belarus, together with the American people, is looking forward to the day when an ordinary American will be able to walk near the Capitol without let or hindrance.

We are grateful to the appointed US Ambassador to Belarus Mrs. J.Fisher for her invaluable advice to the entire Belarusian people when and how we need to hold elections. Of course, our Belarusian primitive and scant thinking would never fulfill itself to solve this issue. As a sign of exceptional gratitude, the Ministry of Foreign Affairs is ready to accept Her Excellency’s application for Belarusian citizenship out of turn in order to include her in the list of voters and give her the opportunity to vote. The same can be done without citizenship on any electronic platform, avowed by Mrs. J.Fisher.

We cannot ignore Americas’ helping hand in conducting the elections. Such achievements of the American electoral system as voting by mail and the electoral college, instead of a direct expression of will, can be demanded and studied by the Belarusian side.

Being deeply inspired by the US’ attention to the fate of Belarus, as a response, we can make a disinterested contribution to the development of agriculture in Alaska and the effective development of its lands. In this regard, we are ready to consider the possibility of joint management of this territory.

We could deploy the Belarusian construction organizations located in the region to transfer experience and help residents of the southern states in overcoming the consequences of the natural disaster.

We sincerely wish the American people unity, and to climb the stairs of the American Dream without stumbling.

We hope that the positive trend in our relations will continue and we will jointly come to the moment when we can happily meet the US Sixth Fleet at the maritime borders of Belarus.

Source: https://www.mfa.gov.by/en/press/news_mfa/cca2780f9c6cb842.html © When using the site materials reference to the source is required.

And here is what triggered this response. An insolent address by the US Embassy (read: State Department): 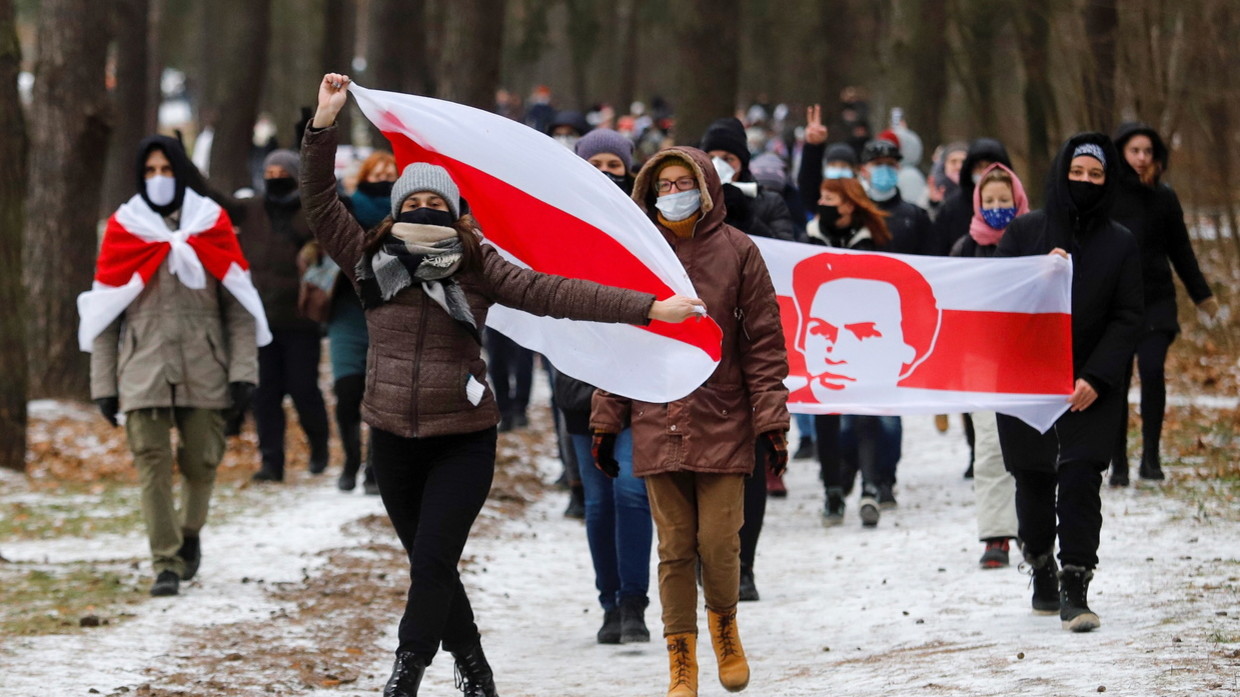 The flag used by the Nazi collaboration regime in Belarus during WWII.

The Embassy of the United States of America congratulates all Belarusians on the 103rd anniversary of the proclamation of the Belarusian People’s Republic in 1918. Although more than a century has passed since the first declaration of statehood, recent events show that the struggle of Belarusians for freedom and democracy continues. Currently, thousands of Belarusians of all ages publicly demand the right to determine the fate of their country. Many pay a high price for trying to make their voices heard, as the regime resorts to intimidation, violence and the use of deadly weapons to stay in power.

Since 1991, the US Congress and every presidential administration have consistently supported the sovereignty of an independent Belarus. The 2004 Law on Democracy in Belarus and several updated versions of this law since then support democracy, human rights, independent media and civil society, and aim to prevent corruption and encroachments on democratic and human rights institutions. The Belarus Democracy, Human Rights, and Sovereignty Act of 2020 signals that U.S. commitments remain as relevant today as they were in 2004.

To wrap it up with two paragraphs from the RT article:

The catch? The country proclaimed on March 25, 1918 amounted to a puppet regime of Imperial Germany and ceased to exist the following year, after the Kaiser’s capitulation, its territory partitioned between Poland and the newly established Soviet Union. A “government in exile” has existed ever since – currently residing in Canada – while the flag used by the BPR was adopted last year by activists opposed to President Alexander Lukashenko.

However, while the Chinese rhetoric remained – however barely – within the confines of diplomatic discourse, the missive from Minsk resembled the famous Cossack letter to the Ottoman sultan, the composition of which was immortalized in a painting by Ilya Repin. 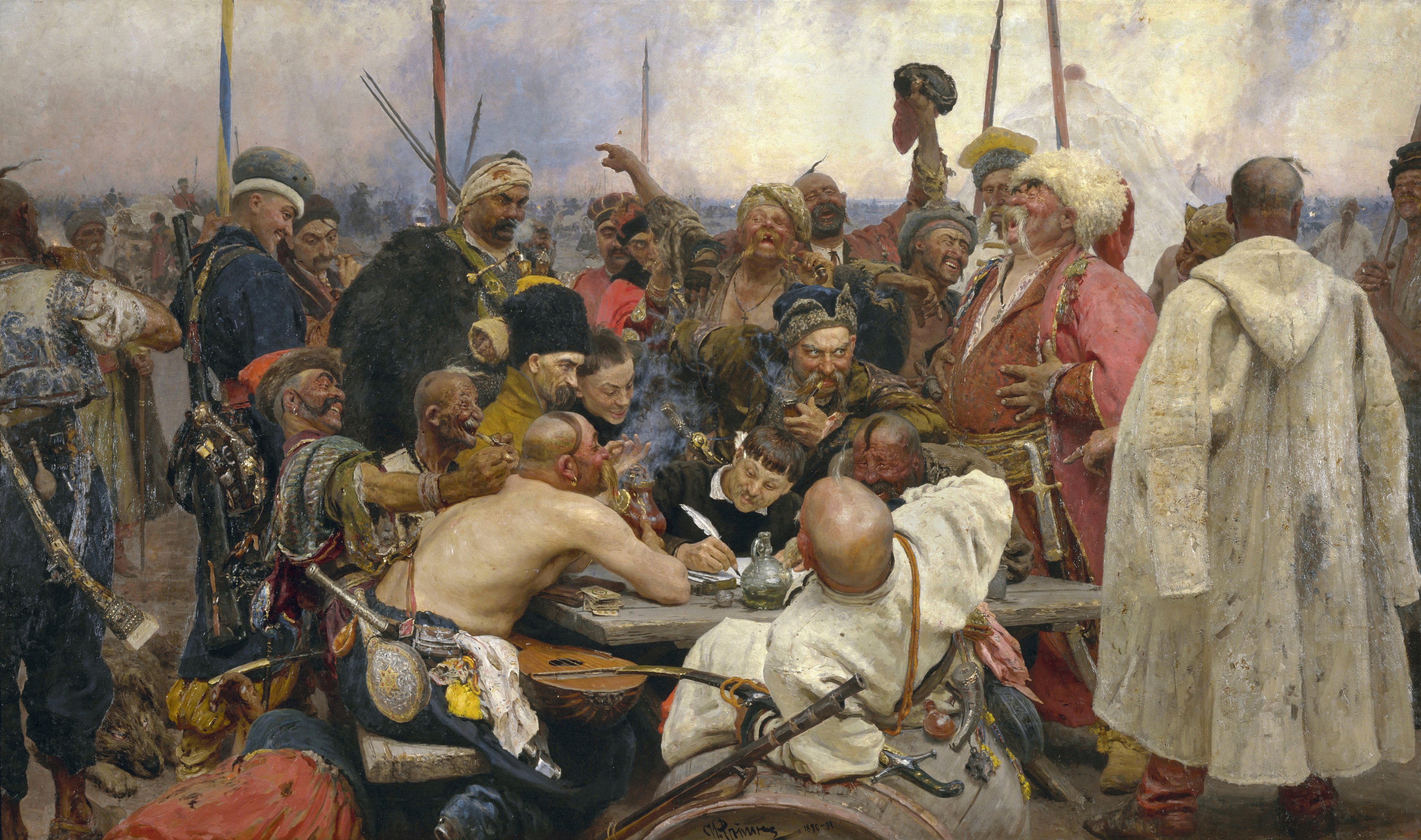