Kiev is churning out deadly false flags and provocations faster, than it is possible to analyse and disprove them.

Today Kiev military launched a “Tochka-U” missile at a railway station in Kramatorsk, killing several civilians. “Tochka-U” is an old ballistic missile system, used by Ukriane. Russia does not have it in its arsenal as it’s been fully superseded by “Iscander”. Being a ballistic missile., it is easy to calculate where it was launched from, and even who in the division in question pushed the “launch” button. And this was already done both by the Russian military and by an independent analyst.

Yet, Josep Borell, who is now sitting in Kiev, immediately accused Russia, as if waiting for the false flag: 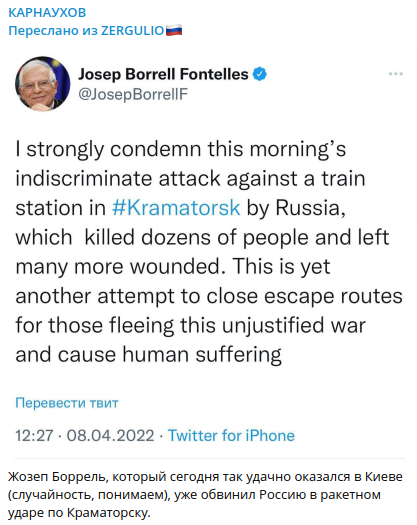 Zelensky immediately said that it was “Tochka-U” (which, again, Russian forces do not have). Note how the Ukies wrote “For the children” on the rocket to make it look as if it is a retaliation: 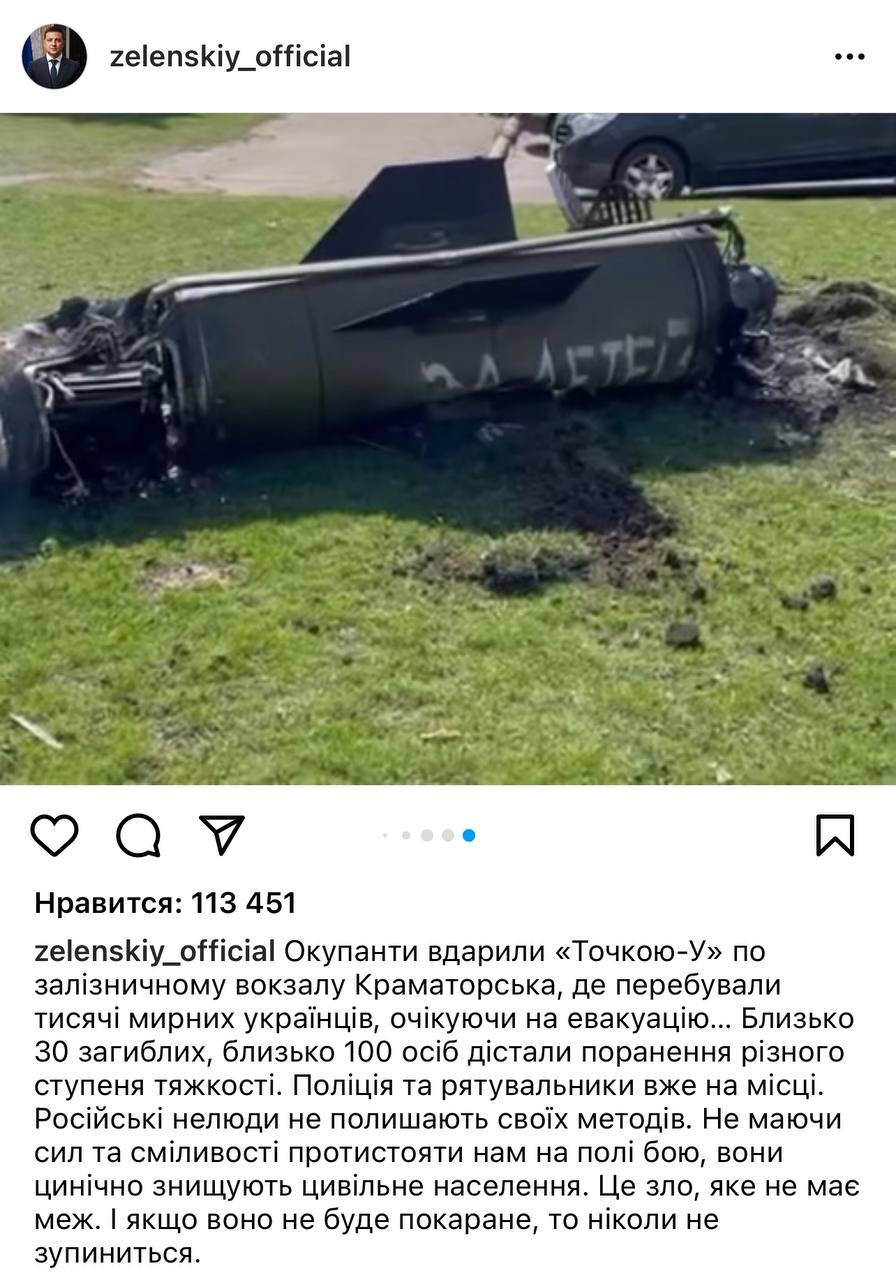 In the meantime, Arestovich, the propaganda mouthpiece of the Kiev regime wrote on Twitetr about “Iscander”, while the tail part of the rocket in Kramatorsk is definitely a “Tochka-U”.

Here are the calculations, done by Yuri Podoljaka:

Flight trajectory, based on where the tail part fell (which always falls earlier then the warhead) and the final point of impact of the warhead: 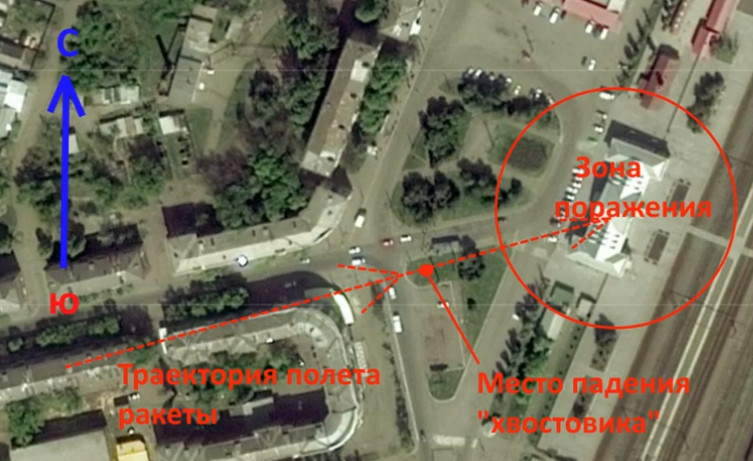 The potential launch range (maximum 120km) and divination. As seen it is coming deep from the territory, controlled by the Ukrainian Armed Forces: 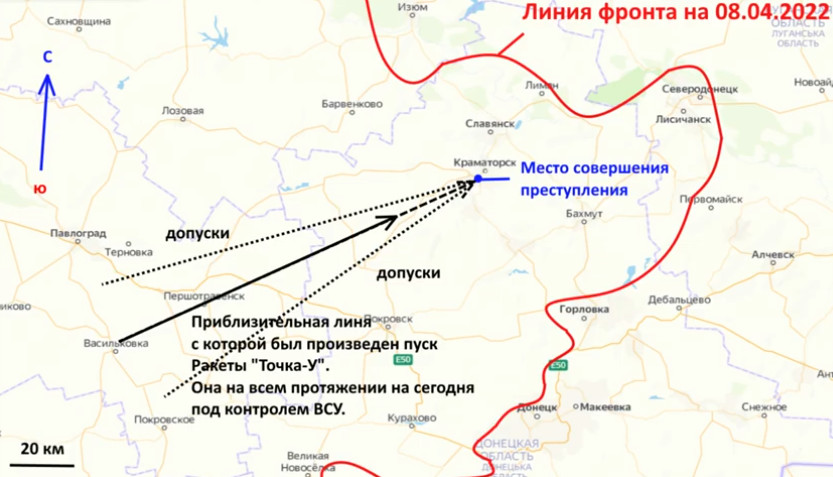 The Russian military aid that the rocket was launched from a village Dobropolje, some 45 kilometres South-West from Kramatorsk. 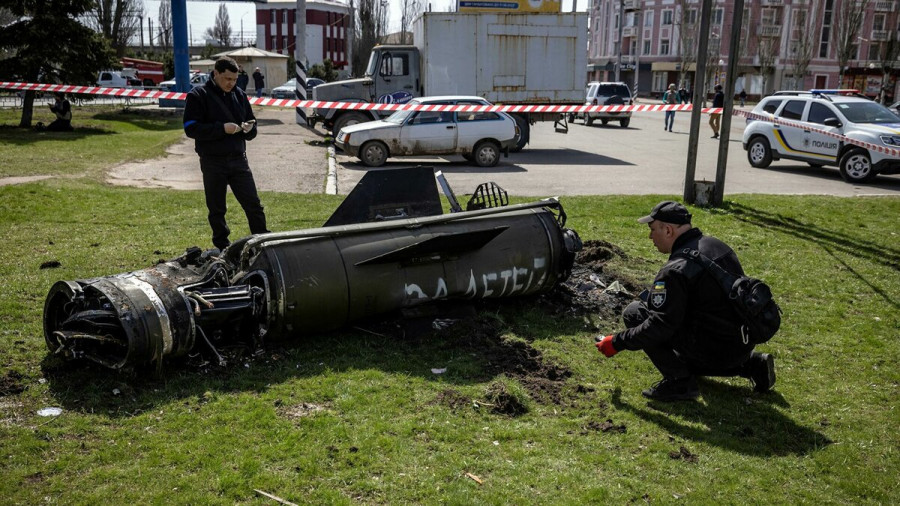 It is likely that the Ukrainians staged this false flag as a response to Russia striking several railway trains with tanks and other military supplies to UAF. Those attacks were conducted using air-to-surface high-precision missiles. Those Stikes happened near towns located in the vicinity of Kramatorsk: 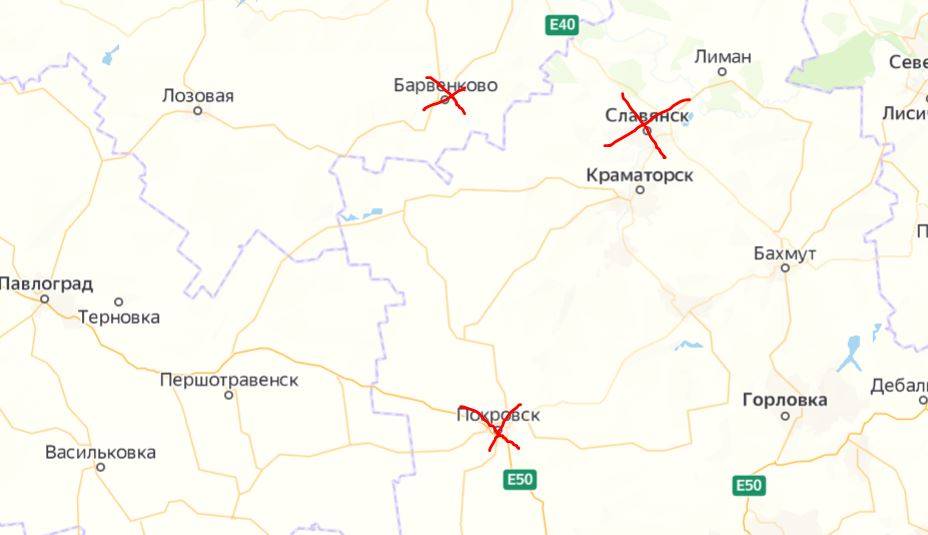